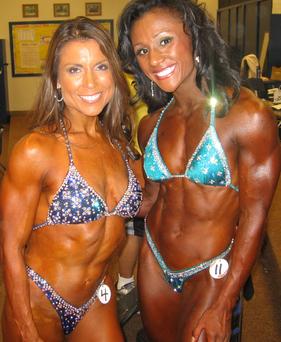 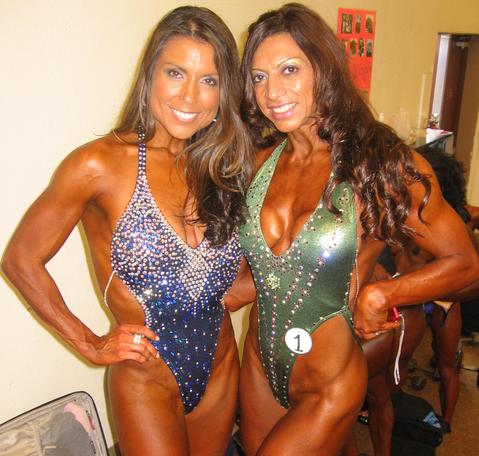 Through hard work and dedication to fitness I was able to obtain my IFBB Pro Figure Card in 2005, at the New York Figure Nationals. Pro status had always been a dream of mine that was almost extinguished with the many obstacles I had to overcome. For one, I did not decide to compete until I was older than most of my other fellow competitors. Challenge was an understatement; I had always been a strict dieter and cardio maniac and had to change the way I trained as well as my relationship with food.

As athletes, we must maintain a strict regiment of feeding our bodies through sound nutrition and proper rest. I was always the type that had to make myself eat and stop the over training. I learned to love to eat all too well in some of my amateur off-seasons; which would lead to unhealthy binges. Now I don't deprive myself those treats because I eat clean 80% of the time. This keeps me balanced and more connected with my body.

In 2004, I became very acquainted with a condition called Hyponatremia, which is a fancy word for over hydration or low sodium. I was about six weeks out from the Emerald Cup, I was looking amazing, feeling great, getting through my workouts without a problem but extremely thirsty all the time. I felt like I could not get enough water. Unfortunately, I also did not have enough electrolytes in my system to sustain my water balance. I experienced the condition of over hydration in the middle of Chicago's busiest airport as I was arriving from a business trip. It wasn't as simple as having to go to the restroom, but actually became a grand mal seizure where I had to be rushed to the emergency room. The next four days were trying for my family as you can imagine. I was checked in with a full blown coma with IVs and other medical accessories. I really don't think I would have pulled out of it if it had not been for the prayers of my family and friends. When I came out of it I felt great determination to get back to normal ASAP! This meant training, working, flying and yes competing! I was crazy according to a lot of people for even wanting to attempt to step on stage that year. Well I did. I continued with my training after taking a few weeks off. Those were probably the toughest weeks of my life. I could barely talk right let alone put 15 pound dumbbells over my head. I remember the determination I felt the first day back at the gym. I felt the tears streaming down my face, how quickly my muscle endurance had diminished from just a few days of complete non-activity. I did come back and better than ever.

Once I finally became conscious, I started a life journey with different priorities that were difficult but necessary. Without even thinking I felt myself living every day as if it were my last. I approached my training in the same way. I also felt a purpose to help and motivate those that felt helpless in their life and health not just athletics. Athletes are special individuals, that have a special something that drives us through our challenges. I found myself not thinking of my athletics as an escape but more as a career. I found my passion translating into the work I was doing with supplement companies.

This brings us to today. I have been honored and blessed to have lived in the most amazing places in the U.S. I've been privileged to be working with people that inspire me and encourage me daily. All of this I owe thanks to MY LOVE AND CREATOR GOD ABOVE for giving me passion and purpose to work in the fitness industry and to spread my love for healthy living!

I would like to thank the blessings in my life, my family and friends, for all their unconditional love and support. All of you have been my angels in my life.

I appreciate all the support that has been extended to me through my friends in the various areas of my life. A special thanks go to Mark and Dave Rubin and my trainers Mike Davies and Kim Otto. I appreciate the enlightenment all of you have brought into my life through professional development, spiritual growth and transformation.


I hope that I have given you a reason today to live as if you were dying. Don't wait until it's too late you may not get that second chance.

Have Faith God's got you!